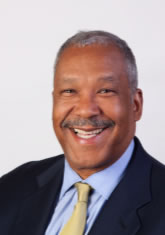 Al focuses his finance practice on state and states’ authority level issues, particularly on the development and implementation of state programs created for the benefit of local municipalities.

For over 30 years, Al has served as bond counsel to the State of Connecticut in connection with its general obligation bonds, working with several State Treasurers in the process.

Al served as investment counsel to the New York State Office of the State Comptroller ("OSDC") for the $154.5 billion New York State Common Retirement Fund (“CRF”), which is the third largest pension plan in the United States. Al assisted the OSDC in the negotiation, documentation, and closing on hundreds of millions of dollars in CRF equity investments.

As investment counsel to the Comptroller of The City of New York for the New York City Pension Funds investment portfolio, Al assisted the New York City Comptroller from 2005 to 2007 in the negotiation, documentation, and closing of hundreds of millions of dollars in a wide array of investments and agreements for the respective funds, including liquid assets, as well as commitments to and investments in domestic and international venture capital, buyout, special situation, and fund of funds.

For more than 12 years, Al served as co-bond counsel to the City of St. Louis in connection with its financings for Lambert-St. Louis International Airport that were used to fund improvements to Airport facilities as well as refunding outstanding debt. Al has also acted as special bond consultant for the City of St. Louis, providing ongoing advice with respect to various questions that arise from time to time under applicable state and federal law, the Airport’s trust agreement, rating agency issues, responses to the economic turn down, and with respect to tax compliance matters. He also serves as disclosure counsel to the City of St. Louis for all of its financings as well as serving as disclosure counsel on airport transactions.

He was also featured in 2017 New York Metro Super Lawyers for his work in Government Finance.